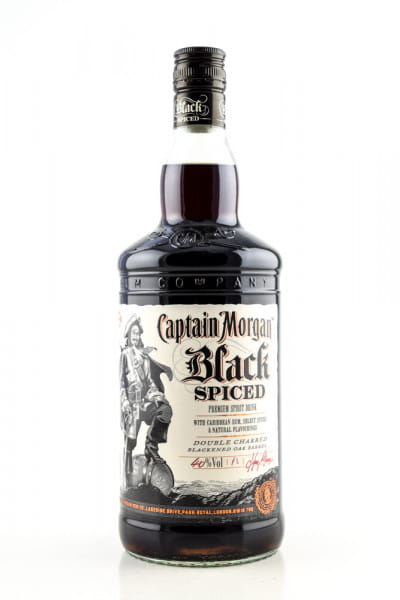 Profile: The Captain Morgan Black Spiced at a glance

"15 men on the dead man's chest, jo-ho-ho and a bottle of premium spirit drink" ?! Sounds strange and is difficult to sing. But would be correct in this case.

Because, as we have already mentioned elsewhere, EU spirits law says: “Rum is a spirit that is obtained exclusively from alcoholic fermentation and distillation of molasses or syrup from the production of cane sugar or from the juice of sugar cane itself and less than 96% vol is distilled in such a way that the distillate has a noticeable degree of the special sensory properties of rum (…). "In addition, real rum is also required, among other things, not to be flavored. That means purity is required.

The Captain Morgan Black Spiced also contains specially selected ingredients such as clove and cassia bark. That gives it its spicy character. But it also ensures that this distinctive Caribbean "rum" is labeled "Premium Spirit Drink" on the bottle label. And not rum.

Ultimately, however, it is less about food law details and more about enjoyment. And there is no restriction here. With his spicy, powerful nature, the successful Captain Morgan not only convinces pure, but also gives cocktails and long drinks that certain something.

The rum-based spirit is made on St. Croix, a small island that belongs to the Virgin Islands.

The brand name and label, however, refer to a celebrity from Jamaica: the privateer Henry Morgan from the 17th century. The notorious pirate captain was born in Wales, but later settled in Jamaica and managed to become the vice governor. Not a bad career.

Tasting Notes: This is how the Captain Morgan Black Spiced tastes